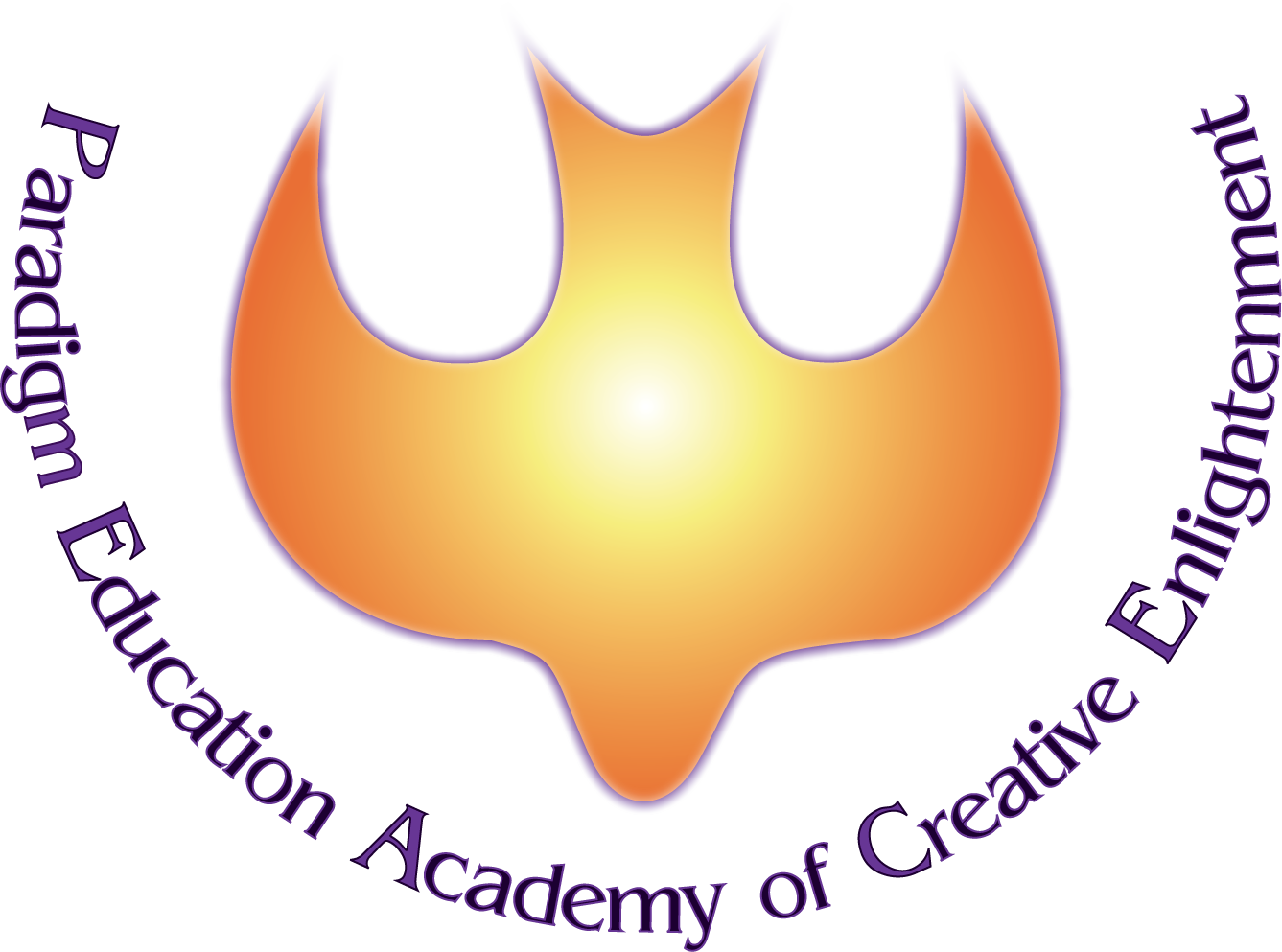 Susan is a visionary who, soon after entering grade one, became disillusioned with the militant industrial classroom environment. “We enter the world as creative beings with great imaginations to guide us, and that is the perspective we live and learn from … the inside out.” Every day she envisioned how, when she grew up, she would change the world of education to a creative, exploration and enjoyable journey. In high school, she was fascinated by the story of Maria Montessori and her work with mentally challenged children. Susan landed her first career to setup and supervise a Montessori style Child Enrichment Program with the North Bay Children’s Aid Society and later became a Child Care Worker with ‘at risk teens’ in the heart of Toronto. This was followed by a long career in the creative field of multi-media communications: film, television, radio (journalist, writer, producer, director and editor, employed by Crawley Films, International Cinemedia and all Canadian National networks. She later launched a multi-media Agency, in North Bay, Ontario, ICU Media, Marketing & Promotions – media production, communications, Public Relations, desktop publishing and web design. In tandem, she was a Professor at Canadore College (Project Management) and CTS Career Training (Business English; Computer Software, Marketing), a Public Relations Officer for Nipissing University, and ESL Instructor, while assisting in the coordination of the Regional and National Science Fairs for grade 7 to 12 students, over 13 years. In 2006, after watching her children go through an even more discouraging education experience, she was inspired to begin the school of her early visions … a joyful and enlightening experience for all children, to be nurtured to develop in their own design, to their fullest potentiality. “Like flowers in a garden, we all contain within the birth seed everything we need to blossom fully, given a wholesome, loving and nurturing environment.” 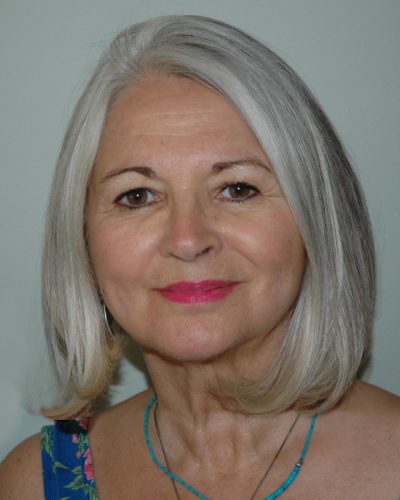 The PEACE School methodology is an organic creation founded on a conglomeration and collage of all the finest ancient and contemporary philosophies and methodologies to provide the tools and inspiration that will guide children to live an engaging, meaningful and purposeful life.

Susan is an advocate of cooperative community living and has volunteered in a variety of ways: playing flute in the North Bay Symphony and 22 Wing Military Band; acting as chaperone and public relations officer for a high school band during two European tours through Vienna, Prague, Salzburg, Weimer, Bath, London (UK) and Paris. She was active in her children’s education, as Chair of Parent-Teacher Association for their school and, through Children of Chernobyl Canada, as host of a Belarusian child for a summer respite in her home over 7 years. She has been inspired, and guided by great spirits and mentors along her journey, who have given her the courage and confidence to undertake the immense mission to manifest this Divine vision to re-enchant education and give the Earth back to the Arms of Love. 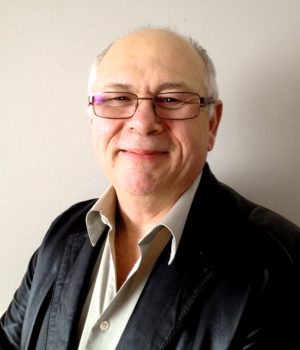 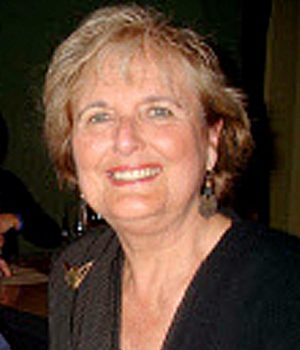 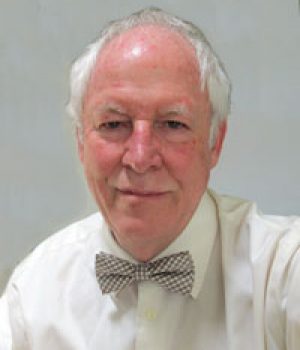 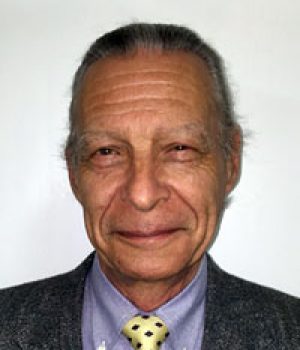 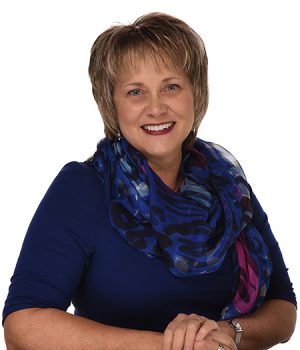 Dr. Blaine Hatt is a newly acclaimed associate professor (01 July 2013) of intermediate/secondary education in the Schulich School of Education at Nipissing University, North Bay. He is a former secondary Principal and classroom teacher at the elementary and secondary levels. Presently, he teaches in undergraduate studies in curriculum and evaluation; TELL (Teaching English Language Learners); English education, Imagination Creativity Education (ICE) and; in graduate studies in the area of literacy. His research interests focus on imagination creativity education, literacy, pedagogical relationality, understanding the transactional curriculum, service learning, and developing communities of learnership. He is an inaugural recipient of Nipissing University’s Schulich Fellowship Award for Teaching (2011).

A poet-philosopher and educator, William is Founding Director of Creative Educational Systems (CES). With a background as an actor and musician, he was invited to join the Performing Arts Foundation in 1972 and established the first year-round theater for young people in the area. In 1976, he founded Creative Educational Systems (CES) an arts-in-education consultation firm, through which he became a consultant to schools, colleges, churches, businesses, not-for profit organizations and government agencies, including the U.S. Departments of Education and Labor. During this time, he continued to write, direct, design, speak and teach, while developing his philosophy of education.

As an arts provider, he has trained master artist-teachers and built a publishing company for education and the arts. In 2000, he designed and developed the “Change of Heart: Artistic Alternatives to Violence Curriculum Framework” and the essential principles of “Enlightened Education.” Today, he continues to expand the application of this philosophy and publishes the national online newsletter, “The Journal for Enlightened Education: New Realities for Our Children.”

Barbara’s story reveals a multi-talented, outgoing and dedicated being involved in lifting others up to a better life and all the while deeply steeped in music. Born into a family of musicians, she thought it very natural to attend concerts, where her uncle conducted the NBC Symphony. Playing the piano was her greatest expression along with singing and interpretive dance. Practice and rehearsals always led to a performance. As a member of the Fairfield County Chorale, Barbara sang the Verdi Requiem in Carnegie Hall. Walking onto that hallowed stage, she felt all the “greats” who have performed there, including her grandmother and mother who both sang with The Schola Cantorum, under the baton of Arturo Toscanini and her uncle Milton who was Toscanini’s assistant conductor. One night, she sang “The Knights of the Templar” at Lincoln Center from 10pm to 5am, to an enthusiastic audience. There were many concert tours of Europe, starting with her high school choir, which was invited to represent the youth of America.

Barbara spent seven years employed in two Psychiatric Centers in New York City, as Program Director of the Geriatric Division at Kingsboro in Brooklyn, and later, as Program Director of Creedmoor in Queens. Seven years equaled one hundred years of experience for Barbara. All while raising her family as a single parent and attending night school, to complete her Master’s Degree. All modalities were studied and put into a Private Practice, while a deep connection with her clients and what was best for them was the model employed.

Since the 1980’s Barbara has journeyed on a spiritual quest that, 3 decades later, led her to a Wizard Workshop in Australia, where she met Robert Young, a remarkably enlightened being, whose message to the world exemplifies “The Magic of Life”. Nine months later they were married, and a new life journey truly began. In 2010, Susan Terry was invited to an inspiring weekend spiritual retreat with Robert and Barbara in Pennsylvania, after which the name Paradigm Education Academy for Creative Enlightenment was ignited by billboard signs on her 11 hour journey back to Ontario. In 2011, Robert and Barbara became the first Directors of PEACE School contributing greatly to its vision, concept and development.

Mr. Ziegler has been pioneering the development of appropriate technology and renewable energy systems since 1972. After participating in a Buckminster Fuller’s World Game workshop with the Village of Arts & Ideas he co-authored and published a book titled; VILLAGE ONE, which outlined plans for creating self-reliant solar villages.

In 1976 he joined the research & development team of Aero-Power Systems Inc. to develop modern wind turbines. In 1978 he received grants from the U.S. Department of Energy to build Wind-Energy Pavilions and solar demonstration projects. This led to grants to produce energy video-documentaries such as ” The Windcatchers” and “Power-Struggle”. In 1979, Mr. Ziegler with his colleagues founded Earth Lab Institute, a research, design and fabrication facility for the development of renewable energy technologies and sustainable solar architecture. During this time he designed and manufactured MATRIXTM , a unique, practical full-scale erector kit which can be used to construct exhibit structures, furniture, modular houses, solar tracking systems, electric vehicles and vertical axis wind-turbines. . By the early 1980’s, he was employed as a master planner and developer of Wind farms, while teaching renewable energy courses at the University of California and VISTA College at Berkeley.

During this time he joined the staff of the Farallones Institute and became a U.S. Action Peace Corps, YICCP, and CETA trainer & contractor utilizing the appropriate technology kits developed previously. His training expertise was in Community and Village technologies with an emphasis on cottage industries, micro-enterprise development, village scale power and water pumping windmills for remote locations.
In 1985 he filed letters of patent on the development of TURBO-STAR®, a break-through wind and river turbine. He laid the plans to manufacture the turbines in China. In 1988 after visiting China he moved operations to Hawaii and returned 10 years later, 1999, to Northern California where he now lives.

Today, Reinhold is the Founder & CEO of Synergy International Inc., designing and implementing eco villages worldwide and supporting the development of PEACE Schools within these eco communities.

Loren is a world traveled multi-disciplinary private sector advisor and Vietnam vet, who is primarily a self-educated child prodigy [classified as ‘intuitive creative geniuses’] of gifted parents. He is knowledgeable in the philosophic and applied technological disciplines of bio-molecular resonance and cell-physiology; physics (most branches – including music, plasma and bio-optic physics, molecular nano-tech, zero-point quantum physics and energy generation). In addition, Loren engages geological sciences including: environmental sciences designer-remediation (soil, water, air, bio-culture). He is the pioneer of structured fluids and gas, and plasma physics. As Principle Investigator, Loren has pioneered research into multiple multi-disciplinary fields including systems and data analysis, advanced scientific discovery analyses; security methodologies and Investigatory-Analyst for ‘hidden causes of undetected patterns’ and other ‘discovery/analysis protocols’). Loren is a design and production engineer, who works as a collaborative and advisory consultant in complimentary and alternative healing arts/sciences (Eastern, Western and Native American) and a trouble-shooter. He has been employed in business management, advanced market research and analysis, as an instructional teacher (philosophic and applied sciences, arts, trade skills), a multi-media artisan, a technical writer (technical summary and review papers, patent app’s, feature articles, etc); and lab test methods, equipment and facility designer. Loren is an inventor Supreme having created over 250 inventions, including SomaDyne healing technology (98% clinical efficacy). He is the Author, “Resonant Field Theory” (1958), which is in essence the holographic nature of experiential reality.

Loren has devoted his life to Mother Earth, to reconnect the bond between nature and humankind through his research and developments, by sharing his wisdom with those who desire a better world.

Karen possesses multi-faceted leadership skills in the fields of education, consulting and training. As President of “Strang Intercultural Solutions”, she provides keynote speaking, consultancy services and training for businesses, organizations and educational institutions. She is also, President, of the Canadian International Council Nipissing District Branch, coordinating events featuring speakers on foreign policy and Canada’s place in the world.

Karen has served on the CBIE (Canadian Bureau for International Education) Board of Directors from 2009-2013.Community engagement involving collaboration with community stakeholders to establish the North Bay Newcomers Network (NNN), and served on the NNN Executive and Settlement Committee for 5 years. She presented and facilitated workshops at several conferences related to international education issues in Canada and internationally for over 20 years, as well as Customer Service and Professionalism in the Workplace seminars.

Karen was previously employed as the Director of International Initiatives at Nipissing University (NU) for 12 years involving responsibilities of Emergency Response Manager for international activities, as well as International Liaison Officer for NU via AUCC (Association of Universities and Colleges of Canada). Her responsibilities were to: negotiate, develop and manage partnership and policies relating to the institution’s internationalization strategy; oversee mobility projects; support faculty to enhance global perspectives in teaching and scholarship; coordinate teaching placements and other study abroad activities; created and managed the international office; advisor for international students; and provided intercultural competency training.


PEACE School is blessed to have Karen aboard to direct, communicate and liaise with our National and International Education organizations and partners.